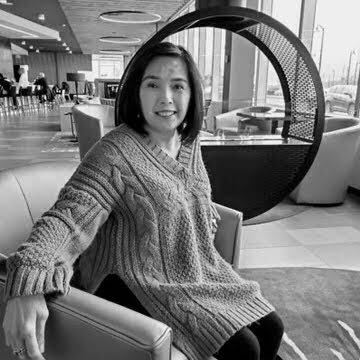 Today, Tes speaks with Joni Pursell. Joni is a native Idahoan and began her financial career in 1984. She is an Investment Advisor Representative and Registered Representative with Raymond James Financial Services, Inc.
Joni assists clients in Wealth Management Solutions, Asset Allocation, Retirement Planning, Education Planning, Insurance and Annuities and Legacy Planning. She is passionate about her clients and helping them achieve THEIR goals.
She is active in civic, business and mentoring programs throughout the Treasure Valley.
She is the past president of the Women’s Business Center.
She served on the Board of Directors for Walkin The Talk, a non-profit organization which enhances the esteem of kids and is delivered through the school system.
She is a past member of International Toastmasters
She also mentors business owners
Joni lives in Eagle, Idaho. She has 2 children, Shea and Chase and loves being grandma (‘YAYA’) to Tegan, Langlei, Mason, Mila & Madeline (They are the cutest grandkids in the world!) She loves to ride her Harley and looks forward to one day riding cross country to Maine and eating some of that famous Maine lobster. Currently she is riding a 2020 Road Glide, fulfilling this dream.
To learn more about Joni:
Website: www.raymondjames.com/JoniPursell
Website: www.nextlevelfinancialplanners.com
Broker check: http://www.finra.org.brokercheck/

To find out about Joni’s cross country ride to raise funds for Parkinson’s disease:
https://www.motorcyclepowersportsnews.com/woman-embarks-34-day-ride-support-drive-cure-parkinsons/

Mae Flores is an award-winning Filipina-American actress turned speaker and advocate. She is well-known for her role in the sci-Fi cult classic, “Atlantis Down” and her philanthropy-focused, independent music show, “Mae Flores Presents.”

Mae fervently advocates for women’s rights and gender equality because she is also a two-time survivor of sexual assault. She has received multiple awards like the UN Global Goals Ambassador Award for her work with Gender Equality and the WNBA Redefine Women Award for her work in the sexual assault advocacy space. In 2017, she spoke on the importance of moving past the trauma of her assaults in a TEDx talk titled, “I’m Still Here”. She is the founder of “Light Me Up”, a program which uses the power of movement, voice and music to show survivors how to use tools that they already have within themselves to find their own paths to healing. Currently she is the producer of various projects that focus on storytelling and healing, like the podcast, “So, Tell Me About Your Dad”.

Today, Tes speaks with Marisa Zeppieri. Marisa is a former journalist and Mrs. New York, and today is a speaker, the founder of NY nonprofit LupusChick, and the author of the memoir and cookbook, Chronically Fabulous. She is also a lupus patient and started LupusChick in 2007 as a way to provide resources, inspiration and encouragement to people living with autoimmune disease. In her free time, she loves to paint, road trip, cook, and spend time with her family and rescued terrier.

Today, Tes talks with Jennifer Burden. Jennifer hails from the USA and is the Founder and CEO of World Moms Network, an award-winning online media organization and website promoting a world of peace through the common bonds of motherhood. Jennifer has been nominated Global Influencer Fellow and Social Media Fellow by the UN Foundation, invited to the White House, spoken at the World Bank for the right of a universal education for all children, and her writing has been featured on Impatient Optimists, The Huffington Post, ONE.org and BabyCenter. She is currently at Columbia University in NYC, where she is working toward her Executive Masters in Public Administration with a concentration in global policy studies. She is the mother of two girls and practices Heartfulness meditation.

June Millington “one of the hottest female guitarists in the industry”(Guitar Player Magazine) has been making music since she was a child playing ukulele in her native Philippines. Having moved from Manila to California in the early sixties, she and her sister, bassist Jean, turned in their folk guitars for electric guitar and bass and formed a succession of all-girl bands. By 1969 they were in Hollywood with their band Fanny, one of the first all women’s rock bands to be signed to a major label (Reprise). Through five successful albums and extensive touring of Europe and North America, Fanny served notice that women could do more than simply sing, they could write and play passionate rock ‘n roll. As David Bowie said of the group in an interview with Rolling Stone:“ They were one of the finest f***ing rock bands of their time … They were extraordinary: They wrote everything, they played like motherf***ers … They are as important as anyone else who’s ever been, ever …” (RS, January 2000). In 1975 June played on Cris Wiliamson’s “The Changer and the Changed” which launched her involvement in the genre of women’s music, and which led to being a co-founder and Artistic Director of the Institute for the Musical Arts [IMA], a non-profit organization for women and girls. IMA [www.ima.org] has been hosting Rock ‘n Roll Girls Camps each summer since 2002, and has grown into an internationally known teaching, performing and recording facility supporting women in music and music-related business. The founding board included activist/writer Angela Davis and acclaimed engineer/producer Roma Baran (Laurie Anderson, Rosalie Sorrels). June released her autobiography “Land of a Thousand Bridges: Island Girl in a Rock ‘n Roll World” in 2015; Bobbi Jo Hart’s documentary, “Fanny: The Right to Rock” is currently being released amid much excitement.

To learn more about June Millington:
www.ima.org
https://www.facebook.com/june.millington.1/
and of course, the fundraiser for Jean,
www.gofundme.com/jean-millington-go

Today, Tes speaks with Pranaadhika Sinha Devburman. Pranaadhika is the Founder of One Million against Abuse, a public charitable trust * which focuses on advocacy